THANK YOU FOR YOUR RAPID RESPONSE PHONE CALLS AND EMAILS TO STATE DELEGATES!!!

The Maryland House Economic Affairs Committee voted on March 11, 2019 to refer HB 654 for “interim study.” Bills referred for interim study will receive no further action before the next session – meaning that HB 654 is effectively dead – at least for now.

MC4T had strongly opposed this Bill and testified along with a broad based coalition of citizens groups from all around Maryland, and also both the Maryland Municipal League (MML) and the Maryland Association of Counties (MaCo).

This committee action follows February 21 hearing held by Chairman Dereck Davis on HB 654 which carries formal title of “Wireless Facilities – Installation and Regulation.” This bill was commonly referred to in this latest legislative session as the “industry bill” reflecting its actual authorship.  (County Executive Marc Elrich appeared at the hearing to testify AGAINST state pre-emption contained within HB 654 and referred to the County’s recent actions on local solutions to wireless regulation.)

Del. Davis introduced HB654 and was the ONLY sponsor.

Again, thanks for all your help in reaching out to state legislators to communicate your opposition.

Your efforts ARE MAKING A DIFFERENCE!

The URLs for the status of the four bills of concern follow, where you can periodically watch for any change in their status: 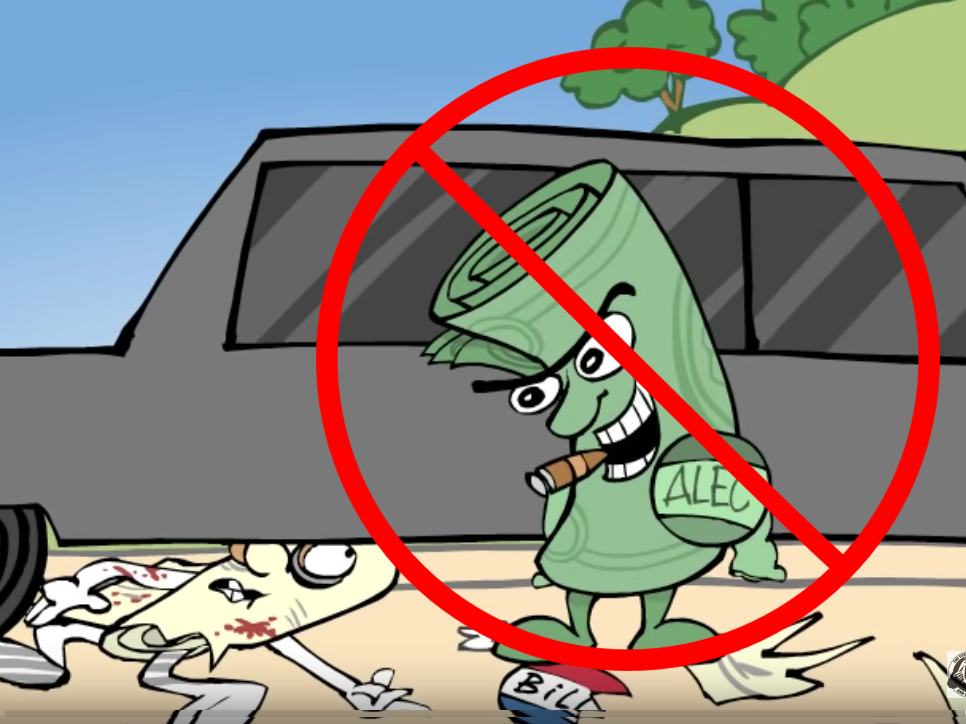 Edited Still from “ALEC Rock” Produced by Mark Fiore (http://www.markfiore.com) and the Center for Media and Democracy (http://www.prwatch.org), which is the creator of ALECexposed (http://www.alecexposed.org), and co-produced by the Alliance for a Better Utah (http://betterutah.org) to help expose ALEC.