Did you know up to 400,000+ 5G/6G low orbit satellites and millions of companion user terminals and gateway stations are on the way in the name of 5G? 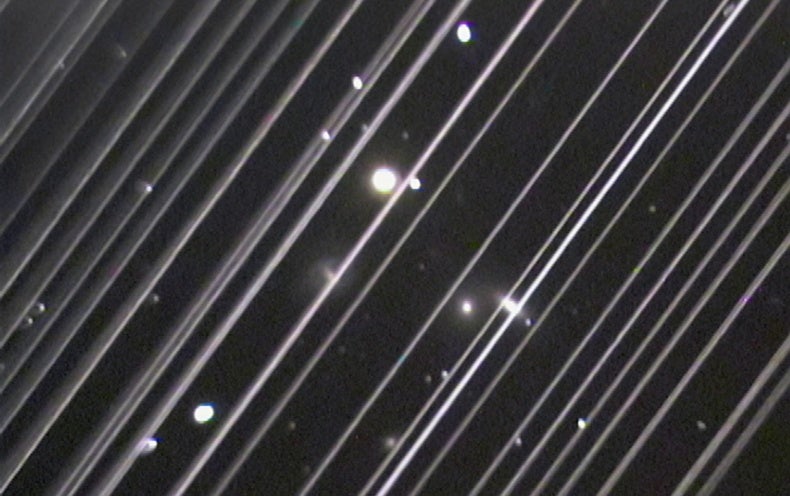 The FCC’s Approval of SpaceX’s Starlink Mega Constellation May Have Been Unlawful
A new paper suggests that the agency broke U.S. environmental law in its approval of the satellites and that if it were to be sued in court, it would likely lose 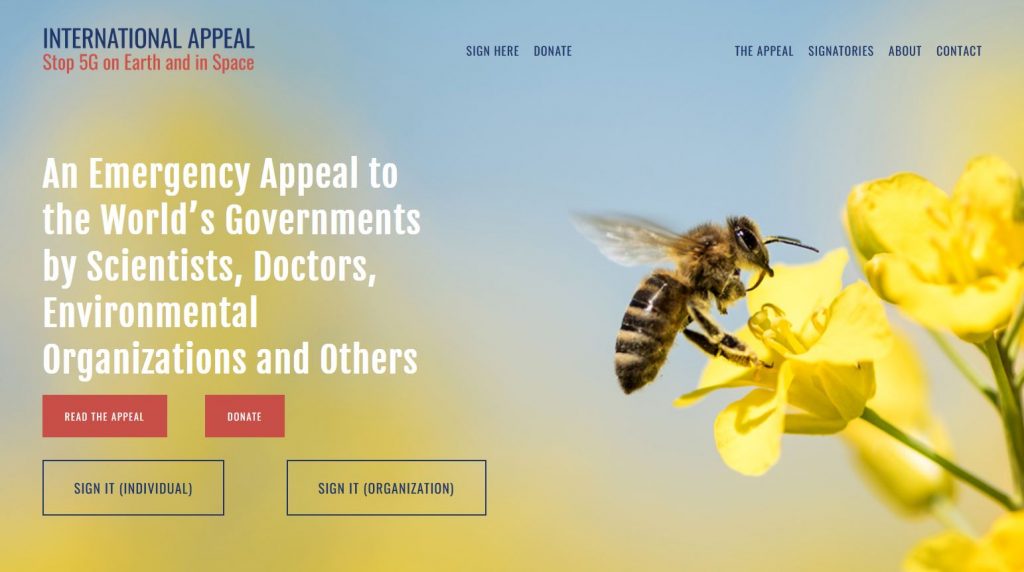 What Will This Do To The Earth?

“…The Earth’s electromagnetic envelope—the magnetosphere—will be massively polluted. Millions of pulsed, modulated digital signals covering 80 GHz of spectrum will be emitted day and night into the magnetosphere by tens of thousands of satellites, each emitting multiple laser-like beams directed at the surface of the Earth. This will have several kinds of effects: (a) the direct radiation arriving at the ground; (b) pollution of the global electrical circuit; and (c) alteration of the magnetosphere itself….”

We invite you to watch this shocking and informative presentation:

Ben Levi, Joe Sandri, Arthur Firstenberg and Julian Gresser discuss the growing problem of 5G satellites in space and what can be done. Presented by Americans for Responsible Technology.

Slideshow of key slides from the video.

According to a group of telecom experts, Americans have already paid to have safer access to high-speed internet via fiber optics (see also 1, 2, 3, 4, 5, 6).  This being the case, 5G and other WiFi-emitting infrastructure on the ground, attached to homes, and in the air via satellites or other airborne contraptions (see 1, 2) should NOT be necessary (or financed) to “bridge the digital divide.”

In regard to satellites, experts continue to warn that adding tens of thousands more to a sky already full of space junk is VERY DANGEROUS (see 1, 2, 3, 4, 5, 6, 7, 8).  In South Africa, a 5G satellite moratorium was recently authorized due to interference issues.  A 180-day pause on internet satellites is desperately needed before the Federal Communications Commission (FCC) allows more to be launched in the U.S. by SpaceX or anyone else.

SpaceX, Amazon and OneWeb say their satellite mega-constellations will make broadband internet goodness available to billions of people around the world who are unserved or underserved — but some say those promises have to be weighed against the potential perils.

These critics cite the risk of catastrophic satellite collisions, concerns about cybersecurity and worries about environmental and health impacts  — including impacts on astronomical observations and the beauties of the night sky.

Such concerns are likely to intensify as SpaceX and OneWeb add to their current fleets of satellites in low Earth orbit, and as Amazon gets set to deploy more than 3,200 satellites for its Project Kuiper broadband network. If all the plans laid out for those ventures come to pass, tens of thousands of satellites could be put into orbit over the next decade.

Early today, SpaceX sent its latest batch of 60 Starlink satellites into orbit, bringing the total number of satellites launched to 1,265.

The latest challenge to the mega-constellations was filed today with the Federal Communications Commission. A coalition of policy groups is calling on the FCC to put a 180-day hold on further approvals for broadband data satellite deployments, in order to conduct a more thoroughgoing assessment of the risks.

“One hundred and eighty days goes by in a flash, but it allows everybody to think through the risks and come up with a sensible policy and a set of rules and procedures,” Julian Gresser, a former consultant to the U.S. State Department who’s leading the regulatory challenge, told GeekWire.

This isn’t the first challenge mounted by the coalition — which includes the Healthy Heavens Trust Initiative, the Global Network Against Weapons and Nuclear Power in Space, Americans for Responsible Technology and the Safeguarding the Astronomical Sky Foundation.

The majority of scientists worldwide oppose 5G deployment.  Cities AND entire countries have taken action to ban, delay, halt, and limit installation AS WELL AS issue moratoriums due to health, safety, environmental and economic risks.  Americans opposed to 5G deployment may sign this letterasking President Biden and Vice President Harris to stop deployment.

Protests against 5G and SpaceX Satellites are scheduled for March 19 and 20 (see 1, 2).  Visit Stop 5G International to find out if there is an event scheduled near you.